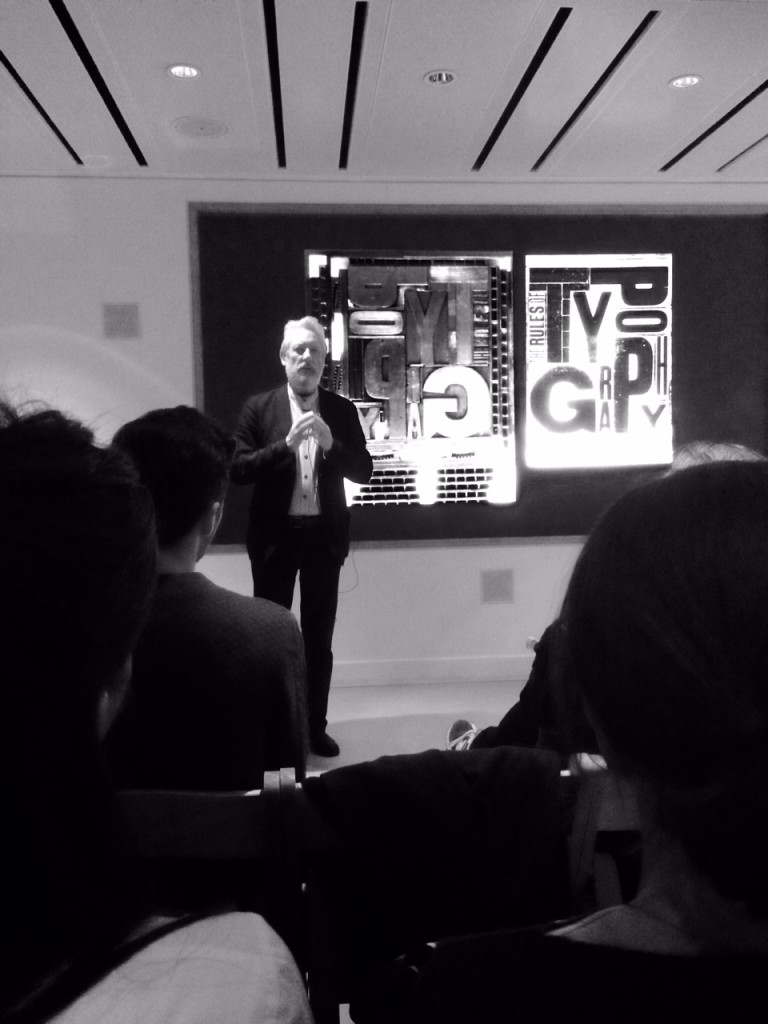 Another superb event held by the Typographic Circle

Antony from MediaVita (Committee Member of the Typographic Circle) attended the event held at JWT in London.

World-renowned typographer and designer Alan Kitching is one of the world’s foremost practitioners of letterpress typographic design and printmaking.

Alan was appointed Royal Designer for Industry (RDI) and elected member of Alliance Graphique Internationale (AGI) in 1994. He was made Fellow of the Royal College of Art in 1998, and Visiting Professor at the London Institute (University of the Arts London) in 2001.